Whether a gardener is looking for something to plant in full North Texas sun or a hardy perennial for a semi-neglected spot or an affordable plant for a tight garden budget, my answer is almost always the same. Plant a daylily. Hemerocallis -the perfect solution for so many gardening dilemmas.

There is full sun and then there is North Texas Full Sun and, yes, daylilies will grow – thrive – in sunny locations. They will also tolerate light shade, but do need at least 6-8 hours of sun a day.

Daylilies do well in semi-neglected areas, such as the hell-strip between your front sidewalk and street. Yes, they will flower best if some fertilizer is applied in early spring, but they won’t hold it against you if you don’t get around to it. They absolutely thrive in well tended gardens.

Newer varieties of daylilies are often very expensive, but older ones are available for a song. The plants can be divided every two to three years, which means that daylillies are often passed along from one gardener to another.

Daylilies are one of the easiest perennials to divide. If planted in the ground, simply lift out the clump with a pitchfork and soak the roots in some seaweed water. The roots can be teased apart and each section replanted. If you are buying a larger daylily at the nursery, it can often be divided before planting. Again, just soak the root ball and tease the roots apart. Just know that dividing perennials often stunt the first year’s blooms.

From color to size, there is a daylily for every garden.

Daylilies come in an assortment of colors, from near white to deep purple and bright yellow. They have a long bloom season, as some bloom early, some late, with some reblooming. Some have evergreen or semi-evergreen foliage, even in the coldest of winters, while others go dormant in winter.

Daylily terminology can be confusing to new gardeners, so here is a quick rundown on the basics. First off, daylily blooms have three petals and three sepals, alternating.

Bicolor: If the three petals are a different color than the three sepals, it is said to be bicolor. Wilson Yellow daylily, below, is bicolor. 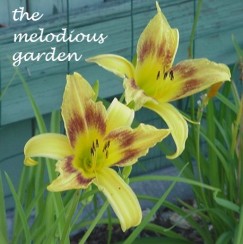 Bitone: A daylily with three petals a different shade of the same color of the three sepals is considered bitone. 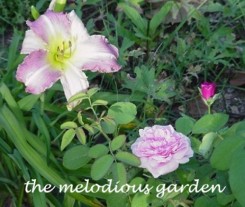 Double: A double daylily has a second set of petals, such as the two daylilies pictured below. 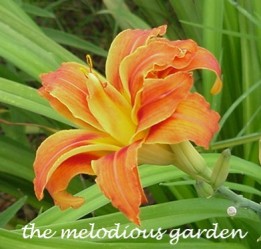 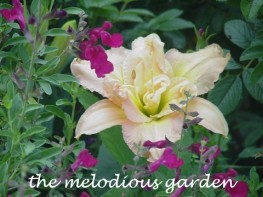 Edge: A daylily with an outer ‘edge’ of color that is considerably different than that of the petals and sepals. I wish I had a photo to share. (Note to self: Order a daylily with an edge.)

Eyezone: A daylily has an eyezone if the blossoms have a ring of color just above the throat, such as Bonanza shown below. 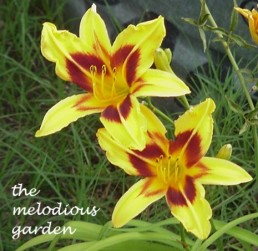 Spider: A daylily is considered a spider if the petals and sepals are four times longer than their width. Alas, I don’t have any personal photos of a spider daylily, but trust me when I say: Spider daylilies are amazingly exotic and always a showstopper.

A few additional daylily photos from my garden over the years: 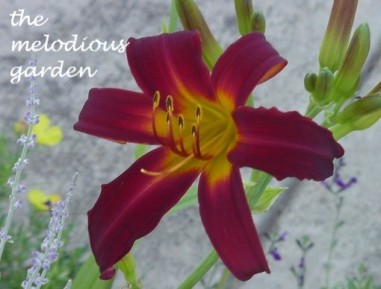 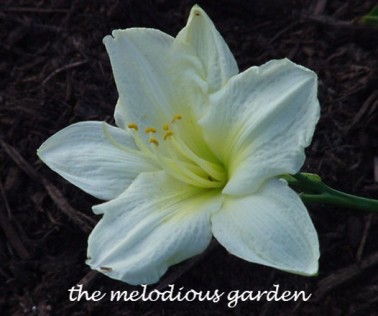 Lavender Blush (with our native winecup) 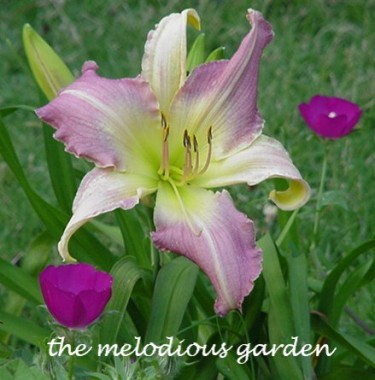 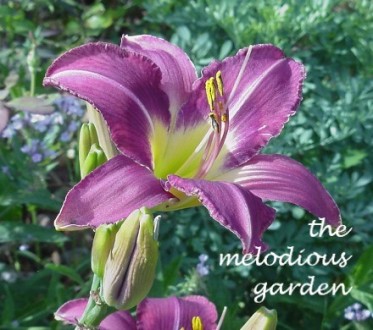 Anxious to plant daylilies? So am I! I have used the same online vendor (Oakes Daylilies) for years because their quality and selection is amazing. (I will post photos of my shipment.) Local nurseries will be receiving spring shipments of daylilies in the next month or two, though selection is often limited.